I took another turn at my map of the social networking space I made for yesterday’s post The Multitudes of Social:

I made a few changes:

Finally, I’ve changed the title to make the broader point: social is about communication, and communication is, and always has been, conducted through multiple mediums.

One more point worth noting: Facebook remains the most valuable property on this chart, especially if they successfully crack effective brand advertising .2

The Social/Communications Map has been updated over time. This is the most recent version: 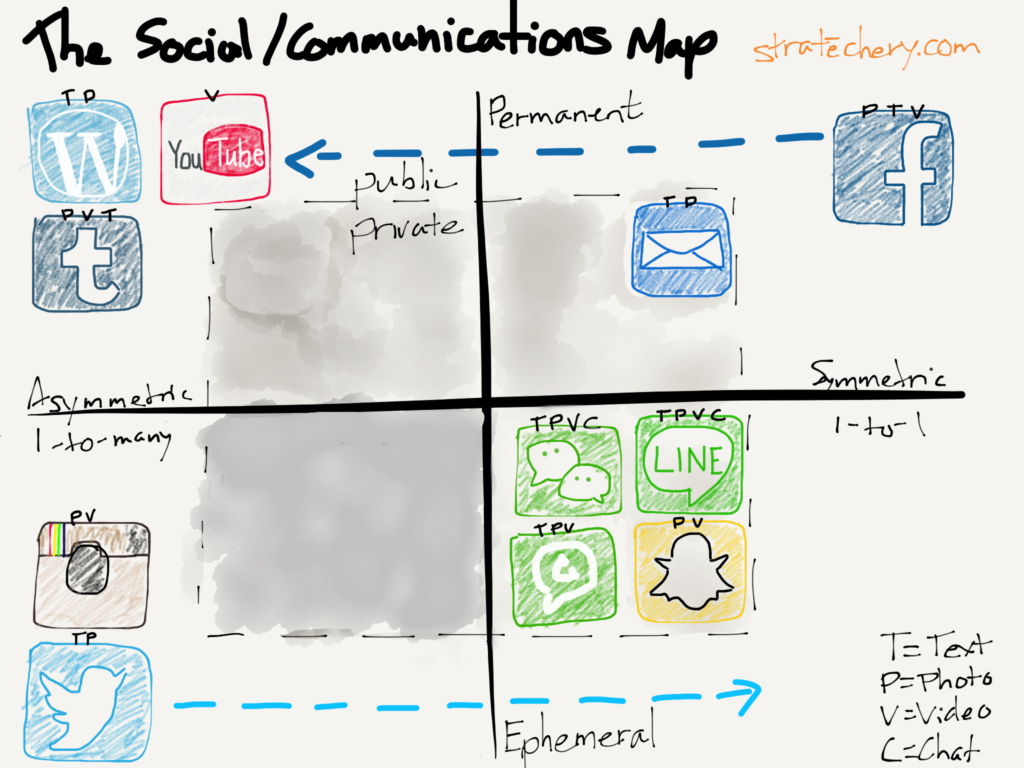