There is perhaps no idea this blog has litigated against more fiercely than the idea of low-end disruption and the inevitable doom of the iPhone. It’s hard to imagine now, but when I started Stratechery in 2013, conventional wisdom held that Apple had peaked as Android devices became increasingly “good enough” and half the price to boot, all thanks to their modularity. The integrated iPhone would soon have to lower prices or start an inevitable decline – most likely both. In fact, though, this past quarter the iPhone not only grew tremendously on a unit basis, but the average selling price went up by an incredible $50.

To be perfectly honest, as much as I would like to claim I predicted this growth, my previous treatises – most notably, What Clayton Christensen Got Wrong – were more concerned with arguing that the iPhone would not collapse, an endgame that Christensen seems to still believe in. From an interview last fall with Business Insider:

In the early years of an industry’s life, almost always the dominant products are proprietary and interdependent in their architecture. In the smartphone world, the first one was Nokia — excruciatingly interdependent architecture — then RIM, which was an even more excruciatingly interdependent architecture, and then Apple. And Apple was kind of halfway. Inside of the device, it’s proprietary, but it initiated the modularity in that you could develop apps and stick them in. But then just like IBM identified modularity with the PC, Google gave us Android. And now I think the Android operating system as a platform, modularity, accounts for about 90% of the units, even while Apple makes all of the profit.

So if Apple keeps its strategy of very high prices, their share of that market will diminish. And so ultimately they’ll make a lot of profit on 100 units. And Samsung, if they win, they will be making all of the units in the industry but no profit. Either way you’re screwed, but that’s the theory behind why I said Apple won’t succeed, because in the end modularity always wins.

My objection to this line of argument has been that Christensen’s model only applies to business-to-business markets where the buyer is not the user; in consumer markets, on the other hand, markets are not monolithic, and some segment of the market cares about and is willing to pay for aspects of the user experience that can’t be measured but can only be delivered through an integrated experience.

I do still think this critique holds, but I also believe there are three additional factors to consider:

I’ll explore each of these in turn, and explain why Apple is extremely well-placed to not just preserve its position, but to in fact continue its growth.

The iPhone is a Mix of Integration and Modularity

I am always confused when discussions about integration and modularity are reduced to questions about who makes the operating system. After all, the idea of integration and modularity have traditionally been concerned with industrial production and supply chains. Henry Ford, for example, in order to meet demand for his Model T, vertically integrated to the point where the company owned rubber plantations in Brazil to provide the raw material for tires; General Motors in part upstaged Ford through a more modular approach that allowed for more customization and differing levels of quality.

From this perspective – the hardware perspective – the iPhone is quite modular. Apple has 785 different suppliers, and while not all of them contribute to the iPhone, the vast majority do, making everything from screws to memory to camera lens assemblies. In fact, while I don’t know how many suppliers are in the Samsung supply chain, I’d wager it’s fewer than the iPhone’s, simply because Samsung itself is a component manufacturer. In other words, from a pure hardware perspective, it is Samsung that is more integrated than Apple.

The glaring exception, of course, is the A-series of Systems-on-Chip first introduced with the iPad back in 2010. In retrospect, though, this is the exception that proves the rule: it is in the design of the processor that Apple can best take advantage of the fact they make the software that runs on that chip, improving performance, battery life, and enabling key technologies like Touch ID. These are factors that are directly experienced by the customer (and, in the case of Touch ID, quite literally touched); that is where Apple integrates.

On the software side, Christensen is exactly right that the iPhone is modular by virtue of the App Store. Apps are the components of the iPhone software experience (and sadly for developers, similarly commoditized); even there, though, Apple controls as many of the customer experience points as possible, both through the App Store and App Review.2 It’s a similar arrangement to the iTunes Store (albeit without the review): effectively unlimited selection in an Apple-controlled wrapper.

The result is that the iPhone stack looks something like this:

Hundreds of components, millions of apps, and tens of millions of songs and videos, all wrapped in an Apple-controlled experience.

Absent in my drawing of the iPhone stack was iCloud, a surprising omission given that Tim Cook has started referring to Apple’s ability to integrate not just hardware and software, but services as well.

In fact, I think that iCloud is the least interesting – and least important – aspect of Apple’s services offering, and I think the company agrees. Notice how much of iCloud’s functionality is becoming less differentiated, not more: iCloud Core Data, which sought to integrate iCloud into Apple’s data API, has been abandoned in favor of CloudKit, a rather generic offering similar to what a developer might get from AWS or Microsoft Azure. Similarly, iCloud Drive isn’t really any different from Dropbox – the per-application integration is gone.

Moreover, you don’t really need to use iCloud to get a full iPhone experience; you can manage your email, contacts, and calendar with Google or Microsoft, and most major apps like Facebook or Twitter are simply interfaces for their company’s cloud application. True, iCloud can do things like “Find my iPhone”, but iCloud is by no means a reason to be particularly optimistic about the iPhone’s long-run prognosis.

The problem is this narrow definition of services, something I first tackled in Xiaomi’s Ambition:

There’s come to be a bit of a cliché when it comes to writing about Xiaomi…They sell smartphones at cost, or close to it, and will make money through services. The trouble with a lot of this commentary surrounding Xiaomi1 comes in determining exactly what those “services” are. The easy assumption are traditional Internet services like those offered by Google, including an app store, online portals, so on and so forth. That, though, hardly validates a $45 billion valuation…

Instead, the way to understand Xiaomi and why exactly they are so valuable is to more deeply understand what Lei Jun means by “services”, and, in the end, why Xiaomi actually is a lot like Apple after all.

In that piece I concluded that Xiaomi was seeking to create an entire ecosystem around the home; true, the smartphone margins may be thin, but by integrating everything from air purifiers to wearables to TVs into MiUI, the Xiaomi smartphone layer, Xiaomi would both increase stickiness for their smartphones and make a lot of money selling to an entire generation entering both the middle class economically and their own homes physically.

Apple, though, is making the exact same play, but with an even broader ambition: they want the iPhone to be an essential part of not just your home but nearly every aspect of your life, and for that the company is building five foundational services:

These five services extend the iPhone’s importance to your daily life in nearly every dimension:

Note, though, that each of these services follows a similar model to the one Apple uses for the iPhone itself: Apple isn’t creating the furniture for HomeKit, the cars for CarPlay, the banks or retailers for Apple Pay, or information services for Siri. Instead they are leaving that up to the market in a modular fashion; the only integration is the actual interaction between the Apple layer and your iPhone.

To be sure, Apple’s success in each of these areas is by no means assured, particularly Siri where Apple is competing with Google. The iPhone, though, is Apple’s trump card, as Cook explained at yesterday’s Goldman Sachs Technology and Internet Conference:

We’ve taken iOS and we’ve extended it into your car, your home, into your health. All of these are really critical parts of your life and none of us want to have different platforms in different parts of our lives. We want one seamless kind of life. I think that’s huge for our future. It’s not every day you can plant that many foundational technologies.

Christensen has previously explained that he got the iPhone wrong because it was disruptive to laptops, not cell phones. This, though, doesn’t particularly make sense given that the worldwide smartphone market vastly dwarfs laptops, and that while PCs aren’t growing, they still very much exist. Instead, as I argued in Obsoletive, the iPhone made the old idea of a cellphone obsolete: it was just another app on a computer that fit in your pocket.

The implications of this are even more profound than the fact nearly every person on planet earth will soon have a smartphone. Recall how Steve Jobs, after describing how a human on a bicycle is more efficient than even a condor, characterized computers:3

We humans are tool builders and we can fashion tools that amplify these abilities that we have to spectacular magnitudes. And so for me a computer has always been a bicycle for the mind.

That bicycle is now with us every where we go; what Apple is building are new paths.

In that respect, suppose Christensen is right: maybe in the long run everything Apple does will be modularized. However, if modularization wins in a mature market, that means – as Christensen says – that integration wins in a new one. And a new market is exactly where the iPhone is headed: Apple is on the verge of leaving the narrowly-defined smartphone market behind entirely, instead making a play to be involved in every aspect of its consumers’ lives. And, if the importance of an integrated experience matter more with your phone than your PC, because you use it more, how much more important is an integrated experience that touches every detail of your life? 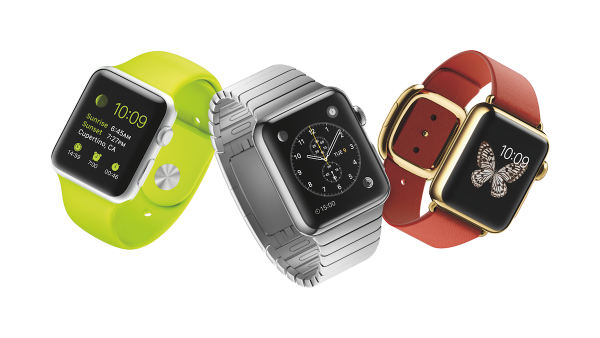 An Interview with Zeynep Tufekci About Masks, Media, and Information Ecology