Xiaomi, the Chinese smart phone company that late last month raised $1.1 billion at a $45 billion valuation, sells way more than smartphones: Mi.com boasts over a thousand items, and it’s the third-largest e-commerce site in China. One item it doesn’t sell, though, is a AA battery charger. Only Apple: 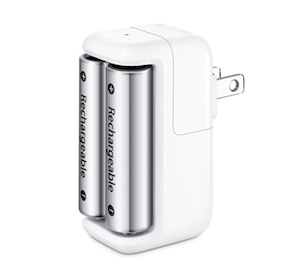 I clearly remember when this rather oddball product came out, not because it was particularly magical or revolutionary, but because a co-worker had one in his hand the very next day. He regaled us with tales of power efficiency and “vampire draw” (or the lack thereof), curiously neglecting to mention why it was he actually needed a battery charger. He bought it because it was made by Apple, and that was enough.

There’s come to be a bit of a cliché when it comes to writing about Xiaomi. The author declares that Xiaomi is known as the “Apple of China”, but actually, said author explains, they’re something very different: more like Amazon, or maybe a bit of Google, to use the words of Xiaomi CEO Lei Jun. They sell smartphones at cost, or close to it, and will make money through services.

The trouble with a lot of this commentary surrounding Xiaomi1 comes in determining exactly what those “services” are. The easy assumption are traditional Internet services like those offered by Google, including an app store, online portals, so on and so forth. That, though, hardly validates a $45 billion valuation, particularly when most of the money to be made on mobile services in China is being vacuumed up by Tencent through their dominant WeChat app, with Baidu (search), Alibaba (e-commerce), Apple (the App Store), and the various Chinese App Stores’ capturing the rest (Xiaomi has their own app store, but it’s only the 5th most popular).

Instead, the way to understand Xiaomi and why exactly they are so valuable is to more deeply understand what Lei Jun means by “services”, and, in the end, why Xiaomi actually is a lot like Apple after all.

Early in this blog’s life, I spent quite a bit of time discussing the differences between vertical business models – like Apple – as compared to horizontal business models – like Google. Apple provides services as a means of differentiating their hardware, which they sell for a profit; they are exclusive. Google, on the other hand, wants to reach everyone with their services, whether they be on iOS or Android.2

It’s not immediately obvious where Xiaomi fits though. After all, MiUI, Xiaomi’s freely available Android ROM, itself a service that enables access to all of Xiaomi’s other services, is available for other manufacturers’ Android devices. That seems like a horizontal offering. On the other hand, the vast majority of Xiaomi’s revenue comes from handset sales, which suggests a vertical business model. Are they stuck in the messy middle?

I don’t think so, and the answer comes back to my co-worker’s battery charger.

In 2013, Xiaomi shocked a lot of observers when they announced the MiTV. It was less surprising when Xiaomi released internet routers, but the shock returned with last fall’s announcement of an air purifier, and apparently a water purifier is on the way; all tie in to MiUI. At the time of the MiTV announcement, Lei Jun said something very interesting: “We want to build the first TV our fans will use.”

Understanding Xiaomi’s fans is critical to understanding the company. The New York Times captured the fervor well in a profile of the company last month:

Li Nan, vice president of the rival Meizu, which began in the early 2000s by making digital music players and aims at customers slightly older and wealthier than Xiaomi’s, likens the devotion of Xiaomi supporters to a religion.

“Xiaomi fans have a high level of organization,” he said. “They love Xiaomi. It’s a form of idolatry.”

Han Yu, a 24-year-old studying for his master’s degree, is one of those idolaters. He, with tens of thousands of others, helps Xiaomi test its user interface by looking for bugs and offering suggestions. Mr. Han moderates several pages on the company’s online forum, which averages 200,000 posts a day and is where fans interact with the company.

Much of his personal life revolves around Xiaomi, and he says he has met many friends that way. He said he was honored when his suggestion to create a private photo folder was adopted on phones by Xiaomi.

“I really enjoy the sense of participation,” Mr. Han said.

Note Han’s age: 24. That fits with the data captured by Flurry last summer:

Xiaomi consumers over-index on the 13-17, 18-24 and 25-34 segments and under-index on the 35-54 and 55+ segments. This data shows that the Xiaomi devices are very popular among the young population of China, especially college students and young adults who just entered the workforce.

The article doesn’t say where Han lives, but it’s highly likely he still lives with his parents. That’s the norm in China (and much of Asia): children will live with their parents until they are able to afford to buy a place of their own (renting is frowned upon). This actually makes these customers quite valuable: they tend to have more disposable cash than if they were paying for all of their own housing, utilities, food, etc, and certainly Xiaomi’s extensive accessory offerings take advantage of this.

What is more interesting, though, is what will happen when Han and his peers finally do get places of their own. They will need to buy TVs, and air purifiers, and all kinds of (relatively) high renminbi goods. And which brand do you think they will choose? If Apple can sell a battery charger to my coworker, I’m pretty certain Xiaomi can sell an air purifier to Mr. Han, and, sooner rather than later, just about everything he needs for his new house (many of these products will be built by 3rd parties that Xiaomi invests in).

This, then, is the key to understanding Xiaomi: they’re not so much selling smartphones as they are selling a lifestyle, and the key to that lifestyle is MiUI, Xiaomi’s software layer that ties all of these things together.

In fact, you could argue that Xiaomi is actually the first “Internet of Things” company: unlike Google (Nest), Apple (HomeKit), or even Samsung (SmartThings), all of whom are offering some sort of open SDK to tie everything together (a necessity given that most of their customers already have appliances that won’t be replaced anytime soon) Xiaomi is integrating everything itself and selling everything one needs on Mi.com to a fan base primed to outfit their homes for the very first time. It’s absolutely a vertical strategy – the company is like Apple after all – it’s just that the product offering is far broader than anything even Gene Munster could imagine.3 The services Lei Jun talks about – MiUI and Mi.com especially – sell the products and tie them all together, but they are all Xiaomi products in the end.

And, of course, that fan base is concentrated in the most populous country in the world.

This strategy also explains Xiaomi’s international expansion strategy: India – the world’s 2nd largest population – is already well underway, and Indonesia – the 4th largest – just kicked off. Brazil (5th) is coming soon. True, the United States (3rd) isn’t coming any time soon, but why bother? Apple has the fans, everyone has appliances, and yes, there is a bit of an IP problem.

Xiaomi’s ambitions are, I think, far more audacious than most realize. The company doesn’t just want to be a dominant player in smartphones, one of the largest and most lucrative product categories ever. They want the entire house, and I wouldn’t be surprised if even that is too limiting a description of Lei Jun’s ambition. There are significant challenges though, and many of them come back to product design.

In the short run, it’s not actually a huge market problem if Xiaomi’s products too closely “compliment” other products on the market;4 the solemnity of intellectual property is rather unique to Western culture. In China, as in much of Asia, inventions and even pure acts of creation were thought to belong to the community; visit any Chinese museum and you can calculate the value of a scroll or painting by the number of seals applied by important people showing their appreciation:

And, I might add, from my perspective it’s not a big moral problem either: the truth is the United States ran just as roughshod over intellectual property during its rise to power as China does today, and I’m more than sympathetic to the developing world’s position that the West is attempting to pull up the ladder behind it: no one was holding Europe or American to task for pollution or intellectual property or workers’ rights the way the West does the rest of the world. That doesn’t make it “right,” it just makes “right” a whole lot more gray than “Xiaomi-are-copycats” complainers are apt to admit.

The problem with Xiaomi’s originality – or lack thereof – becomes more pronounced when you consider the company’s international prospects. The further you get from China, the less impactful are intangibles like Lei Jun’s celebrity, the rock-concert product announcements,5 Xiaomi’s powerful social media presence, etc. Moreover, the costs start to rise as well, as Xiaomi is increasingly forced to rely on 3rd-party retailers (although, even then, Xiaomi is going the online-only route). If Xiaomi wants to create the same sort of fans they have in China – the sort of fans that will make their house a Xiaomi house – they need to rely on their products. And copycat isn’t going to cut it.

What is certain, though, is that Xiaomi isn’t going to the West anytime soon. Not only would the licensing fees be prohibitive,6 but the West already has fully furnished houses and powerhouse brands. The opportunity is simply so much greater elsewhere. It’s absolutely the truth that a company can be worth $45 billion – and, in the long run, probably a lot more – without ever targeting the United States or Western Europe.

In the long run, though, the impact of Xiaomi may prove to be more intangible yet more significant than how much money the company ends up making its investors. There have been a lot of big Chinese companies, even some that have gone international, but there has never been a big Chinese consumer brand that has resonated beyond China, in part because few have resonated within China.

In fact, there is more than what meets the eye when it comes to the age of Xiaomi’s fans. Older Chinese – the over-30s that under-index on Xiaomi ownership – have traditionally looked down on their own country’s brands, assuming them cheap and second-rate. This is the population to which Apple – and all of the Western luxury companies – are selling to with great success. There is a younger generation, though, the Xiaomi generation, that has grown up in a country that has been growing by near double digits every year they have been alive. To their minds of course China is a global power, and why wouldn’t they embrace Chinese brands? Xiaomi is tapping into that nationalistic bent, and the red star on their mascot’s hat couldn’t be less subtle: 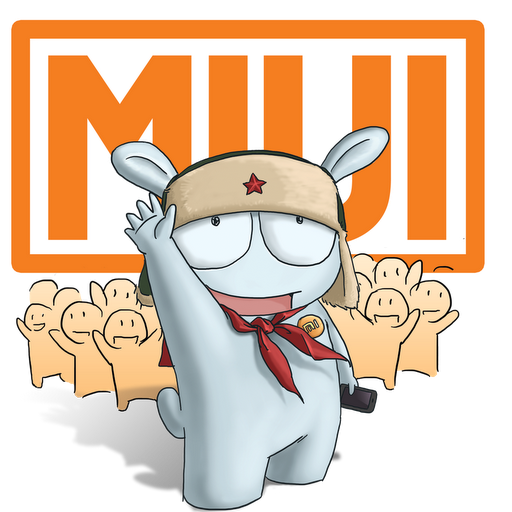 Make no mistake: it is the Chinese themselves that were always Xiaomi’s biggest challenge, and they’ve won and won handily. Don’t underestimate their potential – and China’s broadly – in the rest of the developing world, a world that is far, far bigger than the West.